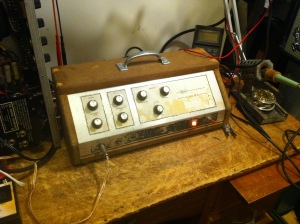 Here is another one of those old department store amps that was almost a toy for it’s time, but is now considered pretty awesome in this era of cheap mass produced SS amps. I believe it’s from the late 60s. Has tremolo and reverb, although the reverb tank is actually a toy I think. Tremolo sounds nice though. This one has been through Vietnam it seems.
Sears 40XL is the same as the Silvertone 1422 amp. This one was converted into a head but they were actually 1×12 combos.
Much better pics and info here — http://www.tonegems.com/amps/gallery-69-silvertone-1422-sears-40xl-tube-amp/ 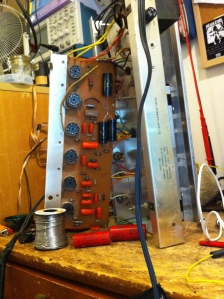 All you need is a few tubes, some coupling caps, and a few electrolytics for the power supply and you’re basically good. Original caps that were removed are sitting on the desk in front of the amp. On the casing the manufacturer printed that these caps were GUARANTEED to work for 1 year. I don’t know how they ever sold any in the first place with that kind of guarantee but regardless they lasted 45. They were actually fine, and were only replaced for reliability (touring) because they were 45 years old and probably should have failed long ago.
I never found the schematic for this one. 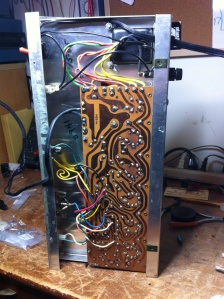 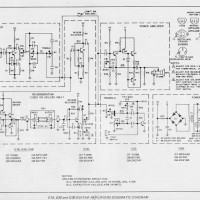 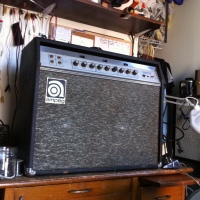 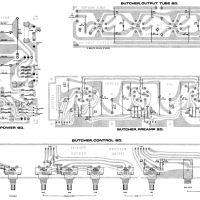 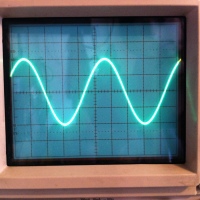 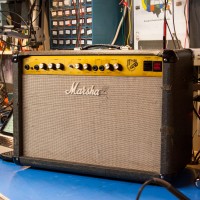 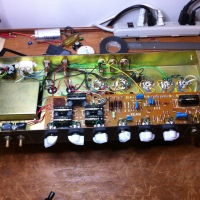 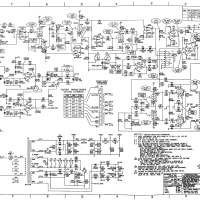 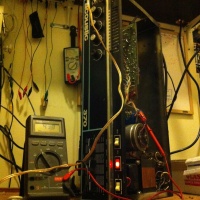 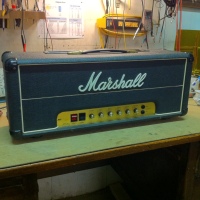