This Airline 62-9025A was manufactured by Valco in Chicago in the 60s. It is a department store amp, I think sold at Montgomery Wards. From my understanding it is the same circuit build as the Gretsch 6152 and the Supro 6422 amps which are single ended class A amps with tremolo and reverb. It has been living ruff n rugged.

A capacitor in the power supply was disconnected, so the circuit was open, so the amp would not turn on. Aged electrolytics were replaced, old weak or noisy tubes were replaced and after biasing it sounded nice. Tremolo was great, reverb did not work and unfortunately was left unrepaired. The cardboard reverb tank is glued to the chassis and it was crumbling when I tried to remove it.
No circuit board in this beast. All components are mounted to terminal strips, tube sockets and potentiometers. 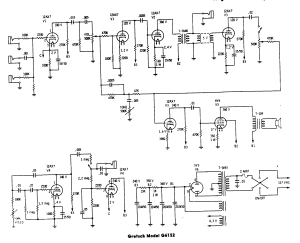 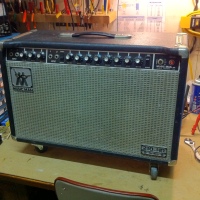 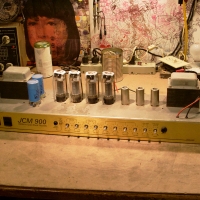 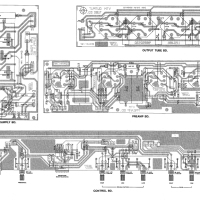